Dirk van Staalduinen began transporting goods by horse and cart in February 1919. In those days, he regularly took vegetables to auction for market gardeners in the Westland. In 1952, his sons Koos and Dirk took over the business. The new firm Gebr. J. and D. van Staalduinen was born. In addition to a transport company, the firm also had a garage.

In the following years, the transport of vegetables and coal for horticulture expanded rapidly to countries such as Germany and Sweden. In the 1950s, fuel oil gradually replaced coal. A number of hectic years followed. In the winter, fuel oil was transported and, in the summer, vegetables and general cargo. 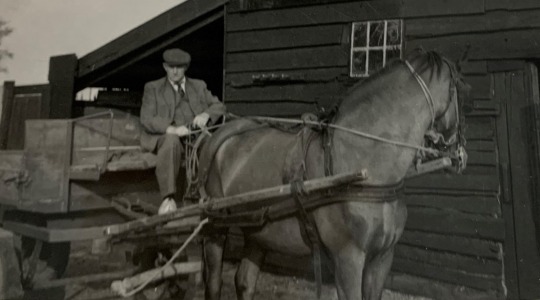 Growth was also strong in other areas. To meet the need for heated storage, a 2,000 m² warehouse for tank storage and product filling was put into use in 1969, along with a new office building. Later, another 900 m² warehouse was specially equipped for the storage of crop protection products. Around 1975, the 1st tank storage shed was built. The third generation arrived in 1985: Jan van Staalduinen. Under his management, the company continued to grow, and the range of business activities was expanded to include the transport of liquid fertilisers. This showed great foresight, as nowadays there are still fifteen specially adapted lorries in use every day to carry out this work.

To expand the company, a new truck workshop, car wash and warehouse were built in 1989. The shed capacity was expanded further with the commissioning of a 2,300 m² shed on the site of Transport Centre Westland. 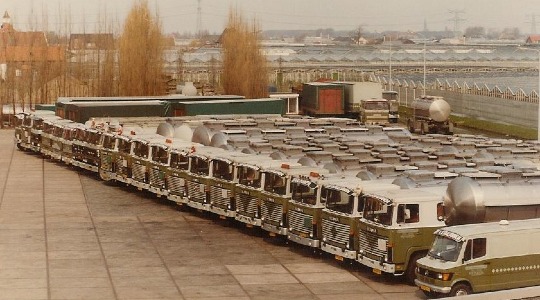 The company was given a boost with the arrival of the Honderdland industrial site in 2005. A new access route was created, and the company - then called Staalduinen Logistics - seized the opportunity to restructure the entire site and prepare it for the future. A 5,000 m² warehouse with four docks, storage tanks, racks, filling lines and a transfer station was added. In addition, the existing lubricating oil warehouse was completely renovated and the infrastructure adapted. 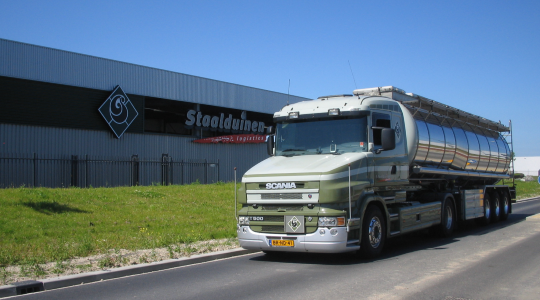 May 2013 saw the start of the construction of a 1,200 m² warehouse to increase storage capacity. The new building, which opened in September 2013, provided approximately 1,995 extra pallet spaces for the storage of various packaging units, such as IBCs, drums and cans.

At the end of 2013, work started on a new office building at our central hub in Maasdijk. The new building was designed to accommodate our office staff and to create training and instruction rooms to train our staff in-house. In conjunction with the construction of the new office building, the entire grounds received a makeover. The office building opened its doors at the beginning of 2015 and meets the latest standards in the field of sustainability, such as LED lighting, solar panels (219 units), a moss roof, etc. 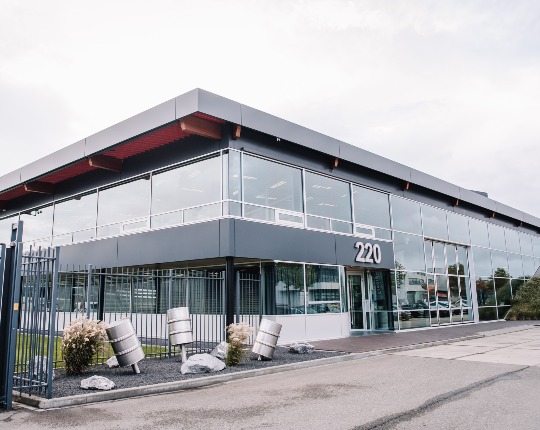 In March 2015, the construction of a new tank and container terminal was started. This terminal is located at Honderdland 121 in Maasdijk and is diagonally opposite our current main entrance at Honderdland 220. The terminal consists of 40 storage tanks of 110 m³ each, 5 storage tanks of 150 m³ each and offers options for the storage of (tank) containers. This expansion allows for the storage of loaded containers and larger volumes in tanks. The terminal opened its doors in September 2015 and is equipped with 400 solar panels on the roof.

March 2017 saw the construction of a new warehouse. The 2,500 m² warehouse provided an expansion of our storage capacities and also included new office area for logistics planning. The warehouse and office building opened their doors at the beginning of September 2017. 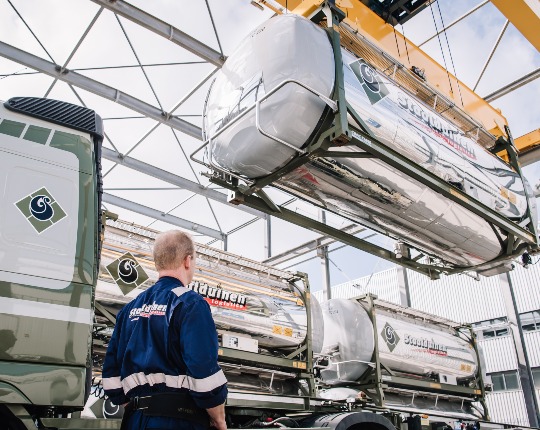 In February 2019, Staalduinen Logistics celebrated its 100th anniversary. This anniversary was celebrated in style with an open day on 28 September 2019. The afternoon kicked off with a visit from Mayor Bouke Arends of the municipality of Westland. Eventually, despite a rainy start to the afternoon, we were able to welcome over 2,400 guests during the open day. 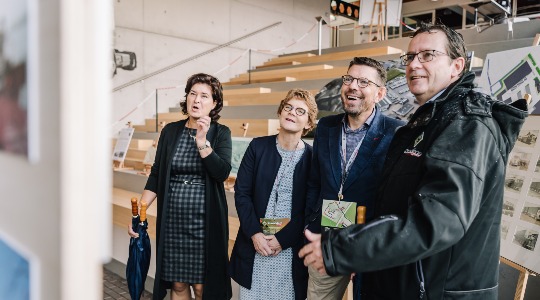